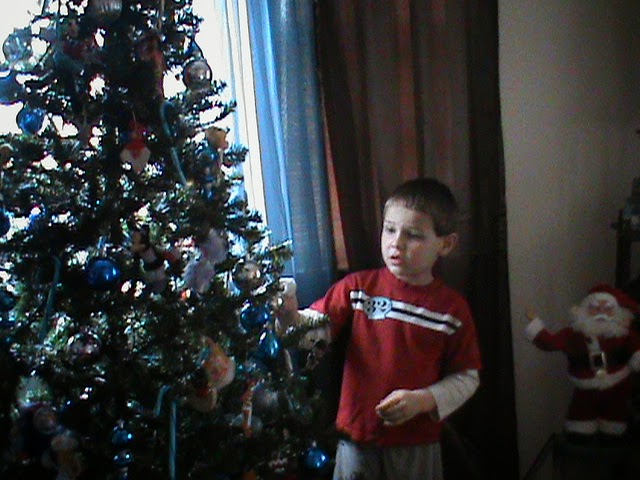 Well the time has come to  plan for the new year- I have no set plans this time around. There are things I need to accomplish but  I have no set schedule in which to get them done, other than rough dates or in some cases dates set by others. Too many times life throws a curve ball and  messes up my plans so I am allotting for mess ups this year.
I am currently revising/improving my first novel "Beyond the Legend", not because it was all that awful but because I have gained more experience at writing and being the first book I thought it could use some sprucing up. There are spots that could be improved or told differently along with donning a new cover designed by my so-in-law. The word will go out when it's finished. It will be available on Kindle  for ebook format and at Lulu and Amazon for print.
I have several other writing projects going on as well as a few film/theater projects so the new year promises to be quite busy.
In the meantime this week is for celebrating!
My husband's and my  Anniversary on the 23rd-- Christmas with the family and New Years with friends and let's not forget the birthday of the handsome boy in the photo- grandson Matt will be 7 on the 27th.

Peace to you all!!
Posted by Unknown at 1:06 PM No comments: Links to this post

This week has the majority of  us Americans cleaning, baking, and prepping for Thanksgiving.
But folks in the rest of the world can enjoy the same celebration as it is essentially  Harvest Time everywhere- other's may not celebrate with a turkey per say but being thankful for yet another harvest can be a world wide event-
No matter where you live you can make a big dinner one day this week and invite friends, co-workers, neighbors or family you don't see often- or bring the dinner to a family in need and surprise them------------- for those in the US,
HAPPY TURKEY DAY
Posted by Unknown at 9:39 AM No comments: Links to this post

We are halfway through November and I am no where near halfway through my NANOWRIMO story. Don't think I'll be getting that winner badge this year but that's okay because the reason is  for the slow writing is that I have so many writing projects going on simultaneously  all at various stages and with spring or summer deadlines. Not to mention an online writing class, acting classes and the preparations for my part in the local production of The Streetcar Named Desire.  The Holidays are coming up as well so time for shopping and baking must be made.
In addition to that Fayetteville has its Dickens Holiday Festival the day after Thanksgiving which includes the opening of the yearly production of The Christmas Carol, I'll be manning my usual Front of House position as Concessions Manager I am booked up for that weekend as well as the next 2.
Current projects:
Chasing Rainbows- Play for stage- what happens when 2 theater students fall in love and then find out that their individual dreams send them in opposite directions. Can their love survive?
The Witch and the Warrior- (working title) Screenplay in pre-production
Immortal Summer- Novel (nano)
Beyond the Legend- the revision of my first novel (making improvements) which is now off the market for now.
Streetcar Named Desire- playing the Flower Selling Lady.
Researching next story- Movie? Book? yet undecided- a story of Gen. Sherman's march on Fayetteville, NC. The destruction of the town and the arsenal during the American Civil War from the eyes of a teenage girl who poses as a boy to join in the fight.

Whatever Holiday you celebrate I hope it's a good one.

Posted by Unknown at 10:38 AM No comments: Links to this post 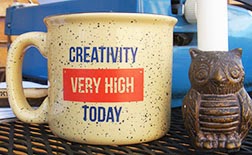 Howdy folks, I have spent quite a bit of time away from my blog this past year but I have been dealing with some major family problems and health issues as well as spending time on my stage presence. I am, however, back for the moment  and will continue to work on the website while I'm free.
Just a little catch-up here.
Some may remember that back in the spring my granddaughter, Madyson, made her stage debut in the world premier of the  locally written play "PAN". She played a dual role as Nibs the lost boy and Maggie, J.M. Barrie's sister. She walked away from the final show with a nomination for best supporting actress and I walked away with one for best costume design.
﻿﻿﻿
﻿
﻿﻿


it went to another young lady who played Tinkerbelle, but at the ripe old age of 8 yrs. old a nomination still seems AWESOME.


The design team, of which I am a member did get the "Pryor" for costume design for both PAN and the local production of Macbeth.

﻿﻿
Since then I have been working on a film script based on my short story "The Witch and The Warrior" (you can find it under the short story tab above). The story has taken on some incredible changes. More scenes and plot twists and cast members , including two very young and handsome kilt clad highlanders.

Of course the hunky Sir Ioan (my visual image, Aiden Turner clad head to toe in leather) is still the hero of the story but new characters such as, the Highlanders-Duncan, Sean and Jamie Macallister, Queen Vivine and her mother Delia will be adding their twists and turns to the story as does Gwendolyn, our leading lady, with the mystery of the tattoo on her shoulder that just happens to match the one on Lady Delia's.  Backstory for various main characters has been added as well as heart-wrenching tragedy and a bit comic relief.
The script has just gone through it's second re-write- if you know anything about film you know how many times this will happen before it's ready to shoot- It has gone from a simple fairytale-like love story to something akin to Merlin (the series) meets Game of thrones.

While I take a short break from the actual creating of the script I will be revising some of my older stories starting with my first novel Beyond the Legend, which is going off the market as of next week and when it returns, probably in January, it will be better than ever-  the story won't change but I've gained some more experience since way back then and there are a few things that I think need some sprucing up. And of course I will be working on the aesthetics’ of this site.

Also If you like DEXTER then do go to Amazon and check out these books of Murder and Mystery- written by my son-in-law- who by the way has also created the new cover for Beyond the Legend.


Posted by Unknown at 2:13 PM No comments: Links to this post


The Sopranos aren't the only mob in town.

So though my page is undergoing some changes at the moment here is some great news from my friend and fellow writer Sharon Williams for those who love animals or at least animal stories!!!!
Read more »
Posted by Unknown at 7:52 AM 1 comment: Links to this post

A TOTALLY AND COMPETELY REVAMPED WEBSITE DEDICATED SOLEY TO


STAY TUNED
Posted by Unknown at 6:52 PM No comments: Links to this post

I know I have not been around the page since NaNo and the holidays but I have been quite busy. First I was overseeing my granddaughter (8) as she experienced her first on stage appearance in the world premier production of a locally written play called "Pan". This was not your typical Peter Pan story, for which I designed Tinkerbelle's costume. Then I was involved with the costume design of our current production of Macbeth as well as performing in it, small part. I have also been, writing wise, busy working on my latest novel and a Web Series based on one of my short stories.  In addition to all that I have a starring role in a local student film and preparing Granddaughter for her next role in a local production of OZ. So Followers I am not only still on the planet, I am all over it. see every one soon I hope.
Posted by Unknown at 1:11 PM No comments: Links to this post